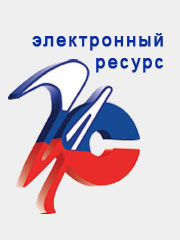 The aim of the article is to compile a qualitative model of besieged city. Drawing on the study of relevant literature, secondary analysis of previous case-studies, media analysis and evidences of some insiders (combatants, journalists, affected people) the author presents the outcome in the following set of arguments. First, a besieged city is an object of interaction of many agents of social, political and material nature (combatants, global and regional interest groups, international charity organizations, affected people, wastes, etc.). Second, their values and aims, be it political or ethno-confessional orientations, may vary. Third, the interactions within besieged city and around it have network character, immediate and distant, and the configuration of their relationships permanently changing. Fourth, the world media are as important participant of such struggle as field combatants and ‘material’ infrastructures and waste flows. Fifth, such conflicts have its inner dynamics conditioned be metabolic processes.

The author came to conclusions that: (1) besieged city is a model of modern complex multisided global-local conflict; (2) it’s a rather mobile social construction of nonlinear and probable character; (3) its mobility and uncertainty means that there is no difference between real and socially-constructed risk; (4) today, the dramatize risks constructed by media are as important participants of the conflict as documented facts; (5) a resolving of the above conflicts are mainly at hands of global stakeholders; (6) the analysis of such cities made by the humanities and natural sciences are far behind from the tempo-rhythms of changing situation; (7) in order to cope with such conflicts much more close integration of natural, social and technical sciences is needed; and (8) such long-term conflicts are profitable to parties involved because they serve as a proving ground for new arms and techniques of political competition.